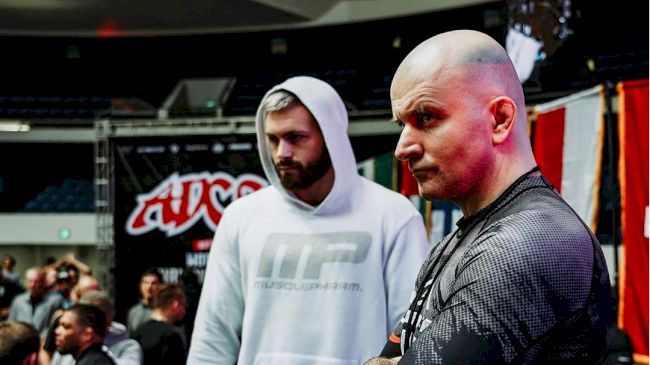 Gordon Ryan set out a goal some time ago  – to conquer double gold at ADCC. At ADCC 2017 he was just shy of complete success as he managed to win the 88kg division and get silver in absolute. He attained that goal in 2019.

He’s sharing some great details and concepts in a full length interview with dirty white belt podcast. In it Ryan explains why is it that John Danaher is able to give his students the edge that no other coach is:

First of all he doesn’t have a kid, a wife, a family, he doesn’t even compete so the only thing he has to focus on is his students vs other great coaches like Andre Galvao, Cyborg, Marcelo Garcia things like that – they’re all great coaches but they all also have competitive aspirations of their own. So competitors tend to be selfish people cause Andre Galvao wants to win black belt Worlds  he also wants his students to win black belt worlds there’s a split between himself and his students whereas John doesn’t have that – everything he does is just for us.

You can listen to the entire episode of the excellent podcast below:

In Gordon Ryan’s first ADCC, he won gold in his weight class and silver in absolute. At just 22 years old, he’s cemented his status among the best nogi grapplers in the world — and now he’s headed to the gi divisions. We talk with him about who the toughest person he’s ever rolled with is; who the best non-Danaher leg lock guy is, in his opinion — and how far ahead the DDS is of everyone else in playing that game; and the real reason he incorporated strength training into his routine. Plus, we get some intricate technical details on the finishes he used at ADCC.